Well we’ve had some good 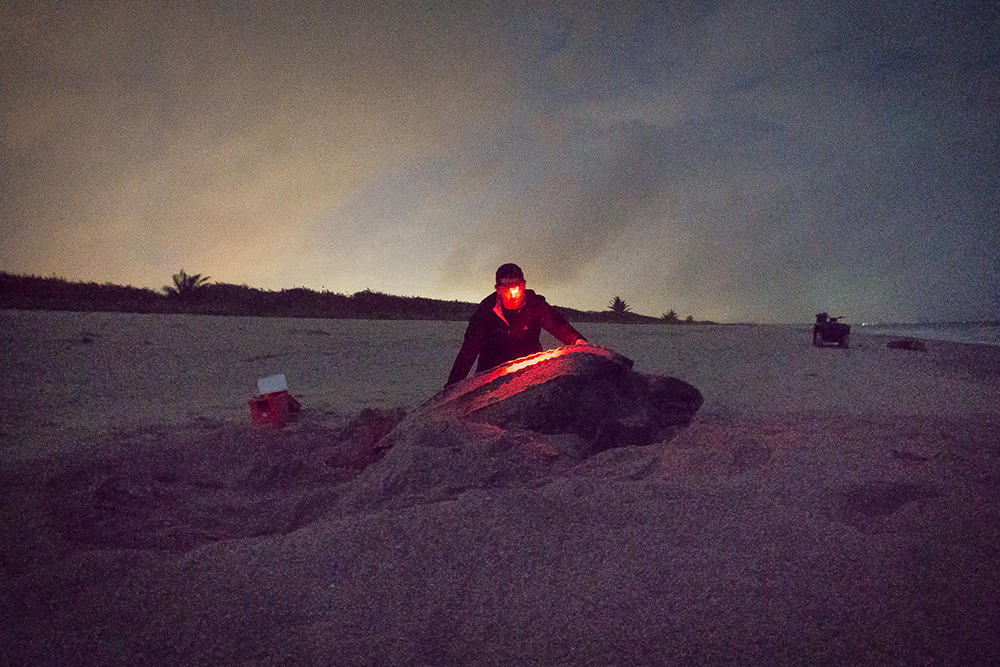 nights and some slow nights out there. After a five-turtle night last Wednesday, we got skunked on Thursday and Friday. Thankfully, we were rewarded with two turtles on Saturday night and both were returning from previous years. The first turtle originally nested in this area in 2005 and returned again in 2007 and 2013. She’s a big turtle at 160 cm but seemed even bigger because she was quite chunky! The second turtle of the night emerged almost exactly where she was first tagged two years ago and only four days earlier. She was tagged on March 31, 2014 and nested on March 27 this year. The conditions have been great for a night ride. The beach is so peaceful and quiet and for the most part, the weather has cooperated.