We’ve been having lots of fun on the beach this past week. On Saturday, May 5th, we attached a transmitter to one of our nesting leatherbacks as part of a new research project that we’re conducting in collaboration with Fisheries and Oceans Canada. The transmitter will allow us to follow this leatherback as she leaves the nesting beach and heads north to higher-latitude foraging grounds. Occasionally leatherbacks that nest in Florida are seen in Canadian waters and we’ve even seen a turtle with Canadian tags (applied during in-water research projects) nesting on the beach here in Florida. For more information about the fascinating research being conducted in Canada check out the following links: http://www.dfo-mpo.gc.ca/science/publications/article/2016/01-29-16-eng.html ; https://www.facebook.com/canadaseaturtle/

Our adventure began early on the night of May 5th. We encountered Isla at around 10:00pm. We had a feeling we might find her early in the evening since we had seen her false crawl at around 4am the night before. We have learned that leatherbacks will often return early the night following a late false crawl. Our team of four attached her transmitter quickly as she laid her eggs. We were so excited to see where she would travel! 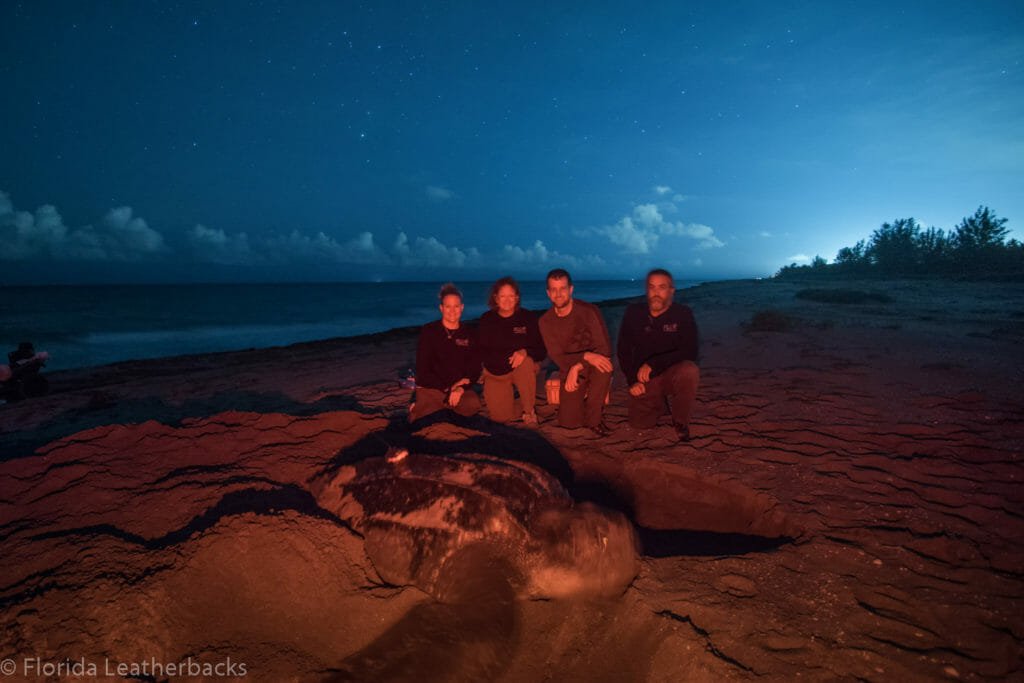 We were also curious to see if she would return to nest again or if she was done for the season. Leatherbacks can lay 8-9 nests per season but previous tracking research has shown that they can lay their last nest in mid-May and then leave for the year. Our team has deployed transmitters on many turtles over they years so we know quite a it about their behavior between nests. They use the Florida Current to travel north and usually stop near Cape Canaveral and turn west within about 48 hours after nesting. That’s our indication that they are returning to nest. If they don’t turn, they are likely done for the year and they are beginning their trip north to forage. So we always “wait for the turn!” and sure enough, Isla turned.

We watched her transmissions each day and on Sunday, May 13th (Mother’s Day of all days!), her transmissions indicated that she was just off the nesting beach and her behavior seemed like that of a turtle that was going to nest that evening. It had only been eight days since her previous nest so it was a little early but not unheard of. The standard internesting interval is 9-11 days. So we prepared to find Isla! One team member loaded up the truck with the Argos receiver and one team member sat at the computer watching her transmitted locations.

At around 10:00, the receiver started to indicate that she was on the beach. Shortly after that, her transmitter sent the strongest signal that it’s capable of indicating she was on the beach. However, just a few minutes later, it stopped. We were able to confirm by tracks on the beach that she had emerged but quickly turned around and returned to the water (a false crawl). Then about 20 minutes later, the receiver indicated she was on the beach again. This time, we were able to use the receiver to pinpoint her location and our surveyor saw her just as she was crawling out of the water. However, she once again turned around without nesting. Finally, around midnight, the receiver pinged again. Our surveyor found Isla as she was emerging and this time she stayed to nest! The transmitter looked great and was performing well. Here is a map of Isla’s travels in eight days.

Today, Isla is off the coast of Cape Canaveral and she has turned west so it appears that she will be returning to nest again. We’ll have updates the next time we find her! Check out “the turn” below. 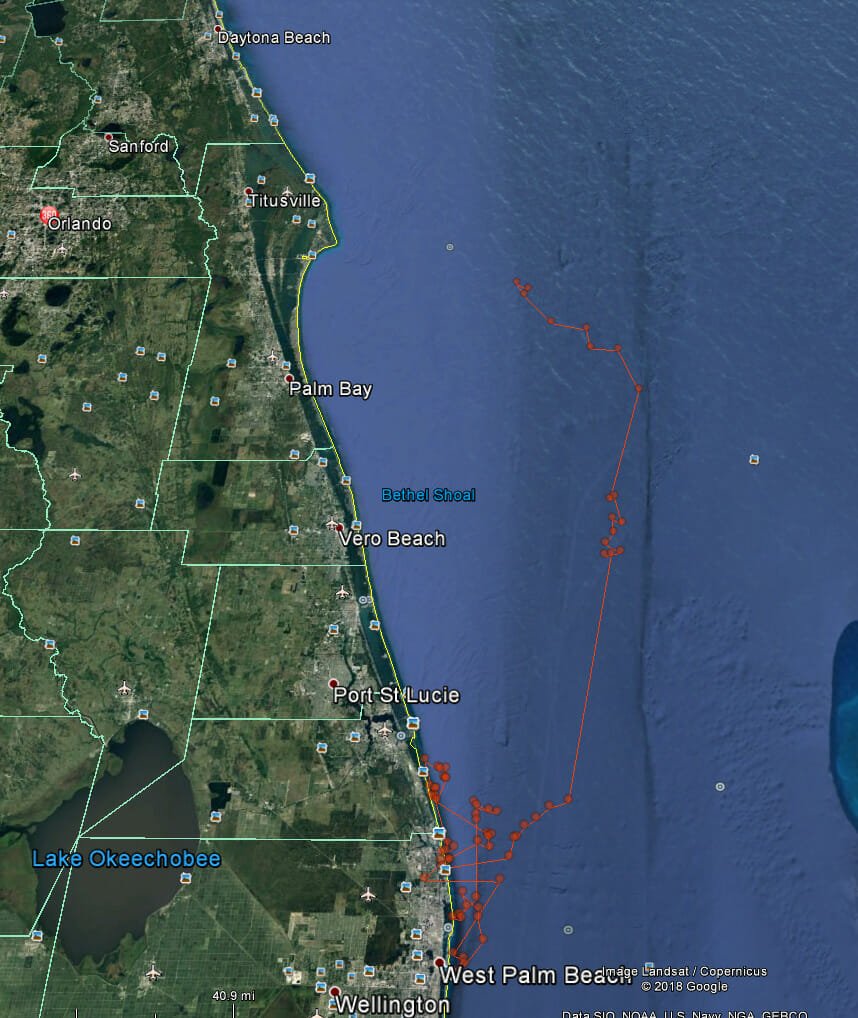